Although 3D rendering with Real HDR is not fully possible at the moment, it may be a possibility in the future. The tool has been designed as a fast and reliable utility to create HDRI environments and HDRI skies for 3D rendering. 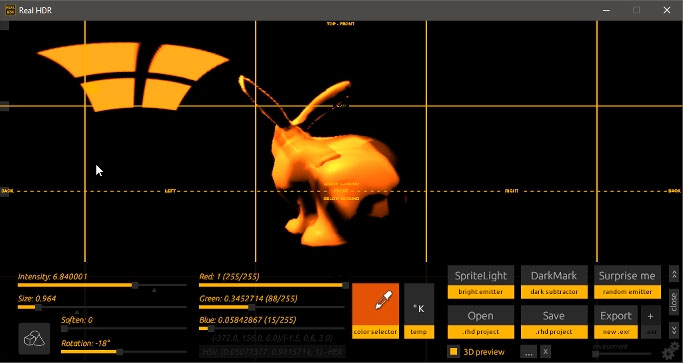 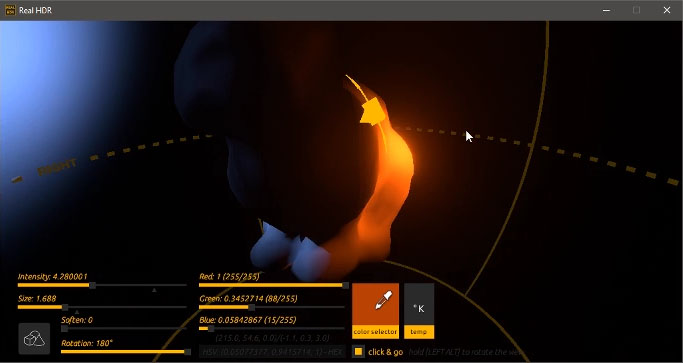 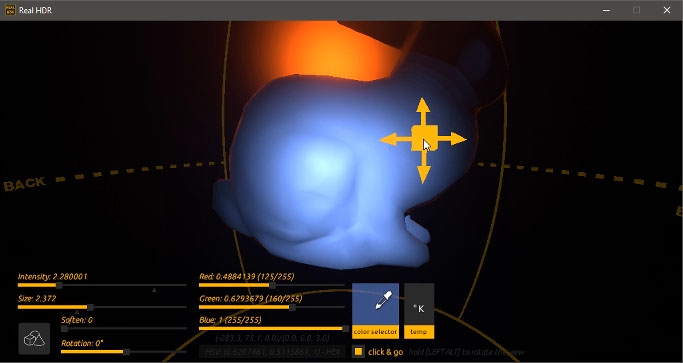 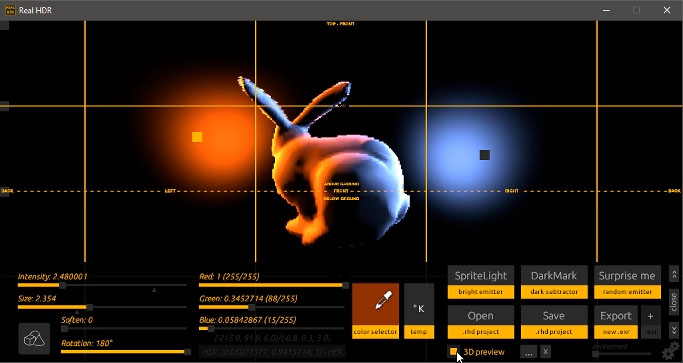 So even if we are talking about 3D rendering, Real HDR’s goal is strictly related to the creation of 360° HDR images both in panorama and cubemap layouts.

there is something new starting from the upcoming release: a 3D mesh importer for the PhotoBooth Module to be used with custom meshes. 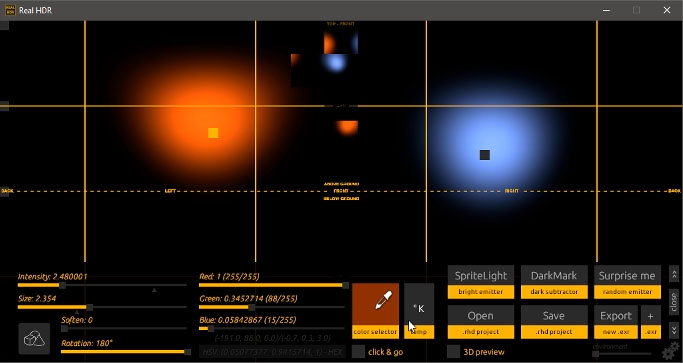 In the pictures above I am using the famous Stanford Bunny PLY mesh which I trimmed and converted before importing it in Real HDR.